In preparation for the #WorldEnvironmentDay we want to ask UN Environment to help people in Serbia protect their rivers. Serbian government is on a quest to destroy rivers in this European country, because they claim that European Union has mandated that all European countries need to generate 27% of its energy from sustainable sources. And, although it is true that EU did make this requirement, it is not true that EU mandated that rivers should be recklessly destroyed in the name of this sustainable goal.

President Vučić and his close friends are involved in this, which was revealed by the work of investigative journalists who uncovered a network of criminals and corrupted politicians, their numerous companies and mergers used to mask their trail. This network of organized crime at the government level builds small hydropower plants in protected areas without proper environmental permits.

Woman who championed small hydropower plants is Deputy Prime Minister Zorana Mihajlović. Please, click on any of the following hash tags to get a better understanding of what people in Serbia think about her decisions and environmental politics:

Mihajlović is also a Minister of Construction, Infrastructure, and Transportation in Serbia. Even though there are numerous scientific studies available to Zorana Mihajlović done by the University of Belgrade School of Forestry and Academy of Engineering Sciences, among others, demonstrating the devastating effect small hydropower plants have on the system of ground waters in Serbia, endemic species of fish and vertebrae, overall existence of rivers, and the negative impact on communities and villages, Mihajlović continues to approve and promote the construction of small hydropower plants.

She is even changing the laws in some instances in order to diminish the authority of Goran Trivan, Minister of Environmental Protection, so that she can approve projects that will leave permanent degenerative results on nature and people.

Serbia really needs help! We truly need support by the UN Environment. Please, we urge you to click on any of the hash tags and just spend ten minutes reading and looking at the pictures of Serbian rivers that are disappearing. Mihajlović turns her blind eye on police that protects the investors who are harassing the locals and illegally building small hydropower plants. These locals depend on these rivers; they are usually their one and only source of drinking water, water for their animals, hygiene, gardening, agriculture, and cooking. These locals are poor and live in remote villages, which is precisely why the investors are picking these locations. They are betting on the scarcity of resources that the villagers have. Most villagers do not even have computers and smartphones.

Mr. Trivan is absolutely helpless. He has no support from other sectors. Corruption and criminal activity run deep in Serbian government. Even though economic corruption may be something that affects only the country, to some extent, environmental corruption affects the whole Europe and the whole world. That is why we really need your help.

Thank you in advance for reading this letter. Please, contact me via Messenger, and I could supply you with documents to support all claims made in this letter.

The rate at which Mihajlović is approving the construction of small hydropower plants is alarming, and there is no time to wait.
Any and all kind of your support and assistantship would be immensely appreciated.

#WorldEnvironmentDay is just 2️⃣ days away! How much do you know about air pollution? Take the quiz, learn and take action to #BeatAirPollution. 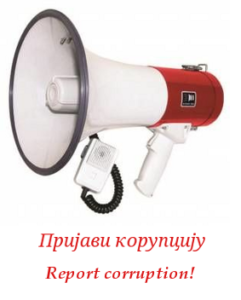 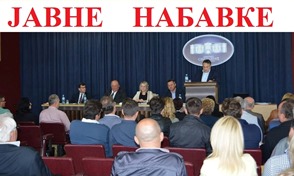